Hello, my name is Charles and I’m here to review the anime mini-series X-Men. This series was first released in 2011 and is made up of 12 episodes in total.

The locations in this series are the X-Mansion as well as locations in Japan which consist of the Tohoku Region, the headquarters of the U-Men and the Sasaki Institute (a Mutant Academy in Japan).

The main antagonists in this series are the U-Men (an organization comprised entirely of psychotic mercenaries whose goal is to capture mutants thus the U-men then in turn dissect them in order to harvest the organs of said mutants thus the U-Men then in turn graft the mutant’s organs onto themselves thereby bypassing the evolutionary process of the human race) as well as a mutant terrorist group known as the Inner Circle. The 4 mutants that make up  the Inner Circle are Rat (mutant power: the ability to generate metal spikes from any part of his body), Marsh (mutant power: Shape-Shifter), Neuron (mutant power: Sensory Amplification) and MasterMind (mutant powers: Psionic Illusions/Mind Control).

In conclusion, I found that this series showcases the X-men’s struggles taking place in a completely new environment in their quest to accomplish Professor X’s dream in maintaining/preserving a peaceful world where humans & mutants can work and live together in total harmony. 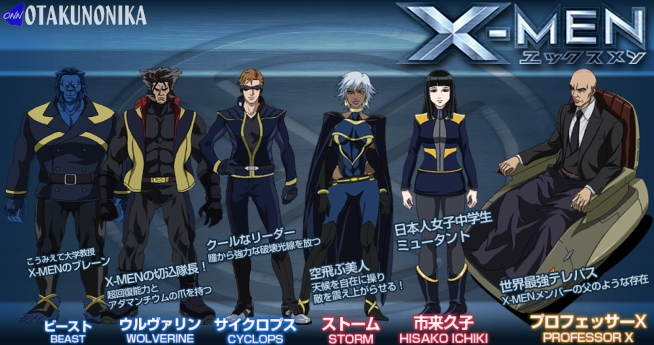