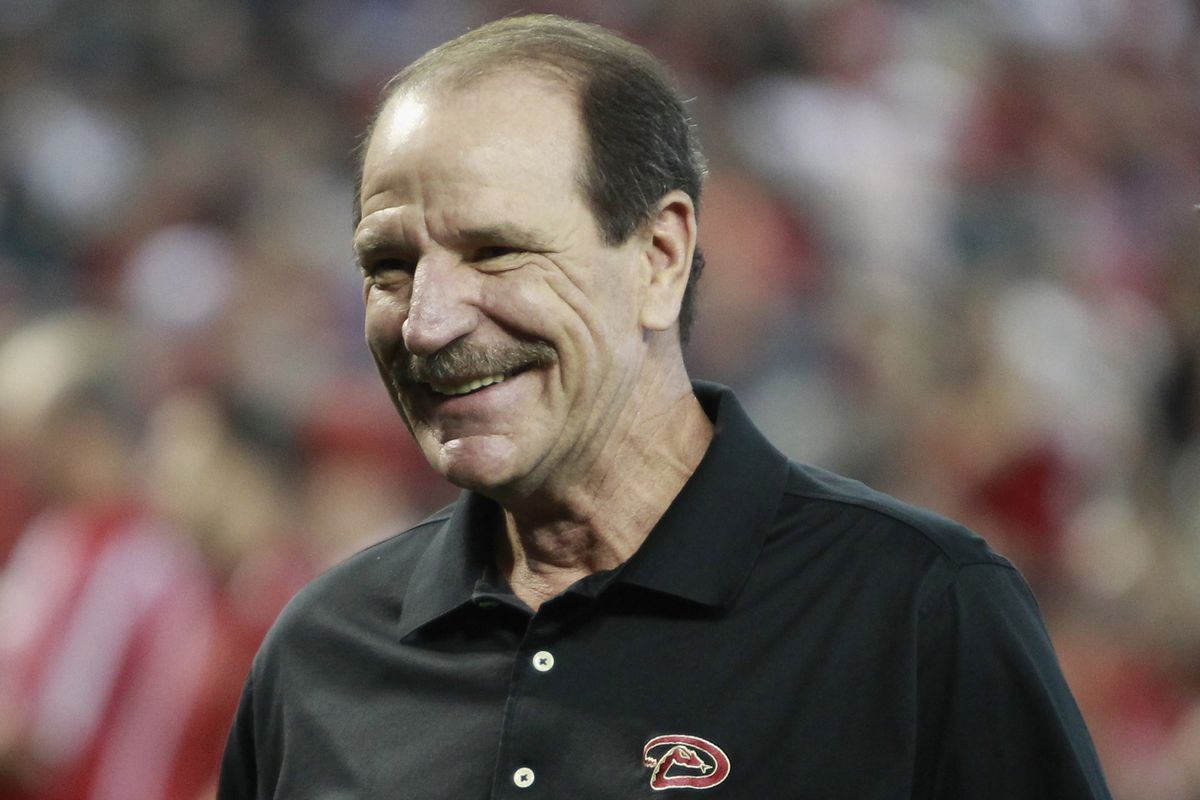 Bob Brenly is an American TV broadcaster for the Arizona Diamondbacks. His first stint with the team was from 1998-2000. He is now back as a TV commentator for the team since 2013. He also spent eight seasons broadcasting for the Chicago Cubs from 2005-2012.

Prior to his career in journalism he played as a catcher for the San Francisco Giants from 1981-1988 (All-Star in 1984) and the Toronto Blue Jays in 1989 before being traded back to the Giants in the same year.

Jackie Robinson is a  Hall of Fame baseball player who is best known by fans for breaking the color barrier in baseball. He played his entire MLB career for the Brooklyn Dodgers (now located in Los Angeles) after he spent time playing for the Kansas City Monarchs in the Negro League. Every year Major League Baseball celebrates the anniversary of Jackie Robinson’s Major League debut on April 15th 1947. This tradition began in 2004 when MLB Commissioner Bud Selig (retired January 24th 2015) signed the proclamation declaring April 15th as Jackie Robinson Day. Back on April 15th 1997 the number 42 was retired by all 28 teams (the Diamondbacks and Devil Rays became the 29th and 30th MLB franchises and began playing in 1998 when they retired his number as part of the MLB mandate).

Part of what made him so great is all he wanted to do was play the best baseball he could. He was a humble man who didn’t want to be an idol just another ballplayer, as told by his wife Rachel, and historians. His life was characterized well in the movie 42 that was released in 2013. Chadwick Boseman played the role of Jackie Robinson and Harrison Ford portrayed Branch Rickey, who was the Manager of the Brooklyn Dodgers at the time when he recruited Jackie at the recommendation of the team’s General Manager who was scouting different players currently playing in the Negro League. The other major part of his legacy was he always took the high road. He was booed every time he stepped onto home plate and he even received death threats. His ability to take the high road came from Branch Rickey who had to encourage Jackie to not respond to aggravated fans. Branch Rickey was right when he advised Jackie to just let his performance on the field shape public opinion. Because of Jackie’s bravery, baseball has become the most diverse sport in America.

I love watching and playing baseball with my dad. I almost caught a flying ball, but someone shoved me down and my Dad told me to be tough. I had fun at the game with my Dad. While we were watching the game, my Dad and I were eating pizza, peanuts, and cracker jacks. I got a new Arizona Diamondbacks hat so my Dad will be happy that I’m a D-backs fan instead of a New York Yankees fan. There was a lot of New York Yankees fans at the game. I have two favorite baseball players on the Diamondbacks team which is Jake Lamb and Paul “Goldy” Goldschmidt. My favorite part of the game was that I almost caught a flying ball by one of the D-backs player. When Paul Goldschmidt was up next to bat, I said “Here comes Goldy”.