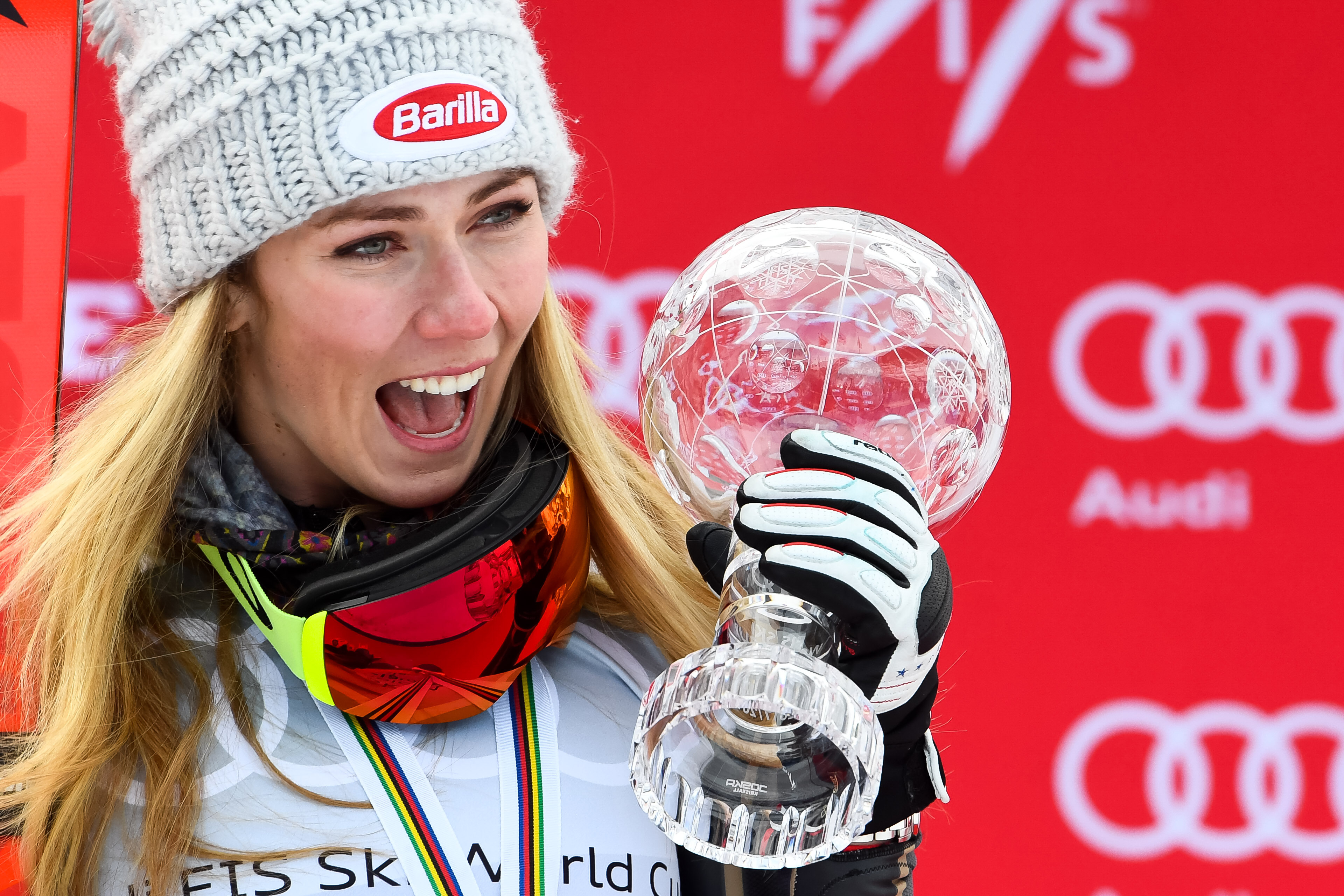 In February 2018, the winter olympics was held in  PyeongChang, South Korea. While there are a wide range of events from hockey to curling my favorite is alpine skiing. Most Americans think of Lindsey Vonn and Ted Ligety as the image of the United States Ski team in their respective genders, however, a new star has begun to rise. Her name is Mikaela Shiffrin.

Born in Vail, Colorado she is the daughter of Eileen and Jeff Shiffrin (both former ski racers). Jeff raced for Dartmouth as an undergraduate; her mom Eileen raced in high school in the Berkshires, Massachusetts. Her Brother Taylor Shiffrin raced for the University of Denver.

Shiffrin wasted no time. As soon as she became eligible to race at an FIS (Fédération Internationale de Ski) event she took off. In just her eighth race, she won a Nor-Am Cup race in the super combined, in December 2010 at the age of fifteen. She finished in the top 3 in her next three races: Runner-up in the super-g, third in giant slalom, and victory in the slalom. Weeks later, she won a pair of Nor-Am races in Sunday River, Maine. She continued to shock the world when she won the Junior World Ski Championships in Crans-Montana, Switzerland.

She made her World Cup debut in on March 11, 2011 in a giant slalom race in Špindlerův Mlýn, Czech Republic. In April 2011, a few weeks after her 16th birthday, she won her first U.S. National Championship in Winter Park, Colorado and became the youngest Alpine Ski Racer to claim a national title. On December 29th, 2011 she finished third in the world cup slalom event at Lienz, Austria and in the 2013 World Cup season she took first place in Lenzerheide, Switzerland at the age of seventeen. Her overall world cup medal count is four with three gold and one silver (gold: 2013 Schladming, Austria, 2015 Beaver Creek, Colorado, 2017 St. Moritz, Switzerland, Silver: 2017 St. Moritz). The three golds came in slalom and the silver in giant slalom. Shiffrin has won 43 World Cup races which is fifth all-time by a Female Skier.

Her accomplishments don’t end there. She’s won three Olympic medals (2 gold and one silver). At age eighteen she won gold in slalom during the 2014 Sochi Olympic Games in Russia, and at age 22 she won Gold in giant slalom and silver in the super combined events in Pyeongchang, South Korea, 2018. Her two career gold medals are tied for most all time by an American Olympics skier (Ted Ligety and Andrea Mead Lawrence).

Shiffrin, now 23 years old, has a long career ahead and it seems inevitable that one day she will become the most decorated female skier. In a recent interview she was asked what the acronym ABFTTB on her helmet means. Her response “always be faster than the boys” made me laugh. Her story needs to be spread to inspire young skiers, especially girls.